So, this week on the 10th of August, I mark 26 years of being married to my best friend. Every year around this time Chrissy and I get asked the question, “How did you two meet?” For this week I thought I would share how we got to where we are.

It actually started 30 years ago.

If Chrissy was telling the story, which she will add her two cents into this before it’s all said and done, this is how she would say it all started…

Chrissy attended a concert that a group of youth put on called “Rock to Reach.” I was a part of this group. Chrissy was also, but we really didn’t know each other. At this concert there were three acts– two local openers followed by a somewhat big-name band. The first act was a group that I started called “The Live Wires For Christ.” We were a vocal group that used backtracks to sing along to. I have to say that we had some of the smoothest group choreography of any conservative Christian kids in the 80’s. We thought we were the bomb-diggity. So, after we performed, we would stand at our table in the hall, available to talk to our fans. Thinking back to all that just cracks me up that we thought we had fans. We even had black and white 8×10’s of the group that we autographed and gave away. 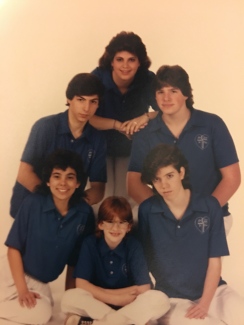 So, as Chrissy would say, there was this one very cute guy and another guy that was just so full of himself. Chrissy thought the second guy had an way over-inflated ego, yeah well… that was me. The cute guy was my best friend at the time. Well. As the story goes, Chrissy didn’t want to have anything to do with me that night we first met.

Side note: This youth group we were in had no adult sponsors. We were made up of a group of Christian teens who wanted to make an impact in our community for Jesus. It was called S.O.S. (Sword of Salvation). We held all kinds of outreach events and concerts.

At the skate night, I was there with my friend best friend, Sam. I loved to skate– if you needed to find me on a Saturday morning, you would find me at the rink. I was pretty good at skating, and Sam, well he could just about stay on his feet. That night there was a couples skate. This was when they slow the tunes down, and only couples would be on the skating floor. This was the time when you could ask a girl or a boy that you may be crushing on to skate with you. Most time you got to at least hold their hand as you skated around. I had just came off the floor when this little girl came up to me and asked Sam if he would skate with her friend. Then she turned to me and said, “Will you skate with me?” So Sam accepted first, and I looked at this little girl and thought, sure why not, what would it hurt? She looked like she was 10 years old. So I skated around with her. As we skated, I found out that she was actually 14 and was in middle school. She was very sweet and funny. When we were done, she gave me a paper with her phone number on it and said, “My name is Carla” as she cracked her bubble gum and smiled at me in a very flirtatious way. Then she said in a high-pitched squeaky voice, “Call me some time, sweetie!” Her friend (Chrissy) exchanged numbers with my friend, Sam.

I thought she was way too young for me to be serious. So, perhaps we could be friends. After all, I had just turned 17. That was a big age difference back then.

Side note: It’s funny how the older you get, the gap in age doesn’t seem that big of a deal. It actually seems more common than not.

Carla who lived like 20 miles from me and she went to a school a few towns over. So, we got to know each other through phone conversations. But Sam and Chrissy’s phone numbers were long distance from each other, so they couldn’t talk as much. See we didn’t have cell phones back then and for our home phone, we had to pay for long distance calls, and they were actually pretty expensive. So, I could call Carla and give a message to her for Chrissy from Sam. This worked fine for a while, but Carla seemed to always be getting in trouble with her parents, and they would take her phone privileges away. That caused me to call Chrissy directly, and then she became the messenger to Carla.

Over the next few months, Chrissy and I became really good friends. We talked almost everyday after school, even if we didn’t have a message to pass along.

Fast forward again. Our group youth group was bringing in a band called “Bash’n the Code.” Chrissy was there, and so was Sam. It was April 17th 1987. (This is the date we consider our anniversary for starting our relationship.) At this time I was beginning to realize that I really liked Chrissy. So, I wanted to make sure she knew I existed. While I was taking every opportunity to flirt with her, I thought that I would be funny and pull her chair out from under her as she sat down. I planned to catch her, but this was one of those times in my life that a prank went wrong. I didn’t get in position to make the catch. She fell to the ground and smacked the back of her head on brick floor. (Which she says she still has an indentation in her head to this day.) I felt horrible. I thought all chances of her liking me more than a friend were totally over. I was in the “Friend Zone,” and I just gave my friend a lump on her head!

But the night was not over. As Chrissy tells it she and Sam went for a walk out on a playground, and he tried to kiss her. Yeah. I think it had a worse impact than me pulling the chair out from under her. So I was back in the game! You have to understand there was really no bro code, so it was all good.

The four of us made plans to hang out together at Chrissy’s house one weekend. The telephone games were getting old for both Chrissy and I, but we still hung out this weekend. At one time when Chrissy and I were playing with the soccer ball, she kicked it into some lilac bushes in her yard. When she ran behind them to get the ball, I followed and as she turned to come out, she ran right into me. Face to face, and I went in for the kiss, and it was received pretty well because she kissed me back. It made things a bit awkward the rest of the day because we were now both very aware that we liked each other.

At some point my parents came to pick me up at her house. That was when the unspeakable happened for both Chrissy and I. My parents said, “What is Chrissy’s mom’s name? I said, “Jo.” They me if it could be Jo Cott? I said, “I don’t know, why?” They then got out of the car. This was not good for a teenagers reputation. My parents wanted to be introduced, so I did, and as it turns out, Chrissy’s mom knew my parents from years before. Chrissy’s mom loves this part of our story, because we found out that she uses to babysit me when I was a baby. So she likes to tell everyone, even to this day, that she changed my diapers! Talk about humiliation for Chrissy and I both!

Then our parents made plans to get together when they were camping at a place called Kettle Creek.

We met up with them, my family and Chrissy’s family all together. Chrissy and I decided to go for a walk and talk. We decided we needed to be sure we were definitely sure about what we felt when we kissed the first time, so we did again. Because our feelings were confirmed, we talked about what to do about Carla and Sam? As it goes, we each respectfully broke it off with them, and we decided to go steady.

There are many stories to tell from the 4 years that we dated. Like the time she through a plastic bottle of nail polish remover at me, which cut my forehead wide open. She got sent to her room for that one. Then you have the marriage proposal. Chrissy got so mad at me for being late to pick her up. I really wasn’t late; I was just down the street taking pictures of her because I was getting ready to ask her to marry me, and I wanted the area to clear out. But the one story that I love to tell is the first time I told her I was going to marry her. It was after we had been going out for a month. I felt so sure of myself that I looked at Chrissy one day and I said this: (Wait, you should know that at this time I was 17 and she was one month from being 14. Okay, so she was 13.) 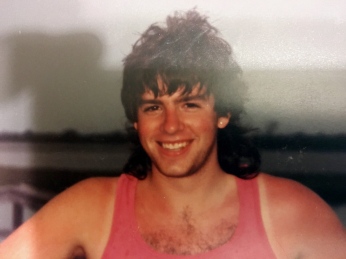 I looked deep into her gorgeous brown eyes and said, “Someday I will marry you, and you will be my wife! She smiled at me, then started to laugh. She said, “Yeah, right.” And then she walked away.

30 years later, she is my best friend, my soulmate and my wife. We have been though a lot over the years. With each challenge that has come our way, I thank God that it was you that I was able to walk through it with. You are one of the most creative and fun people I have ever known, together we are a blast. Love you, Chrissy Hunter! 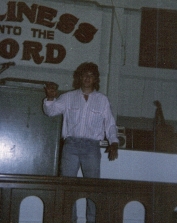 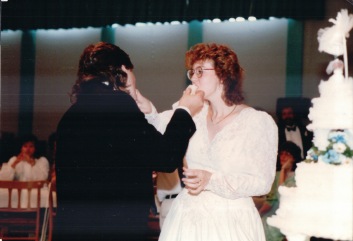 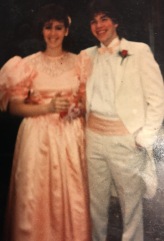 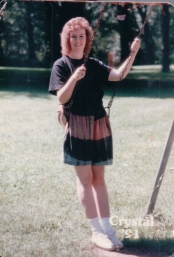 I'm a husband that is married to the most wonderful god fearing woman in the world in my eyes. I'm a dad of four great kids that all love Jesus.I'm also a proud Popz of 3 amazing grand kids! I'm a crazy pastor who loves helping kids come to know Jesus as their personal savior, and equipping their families to teach and raise their children in a God honoring home.

Give Me A Shout out!